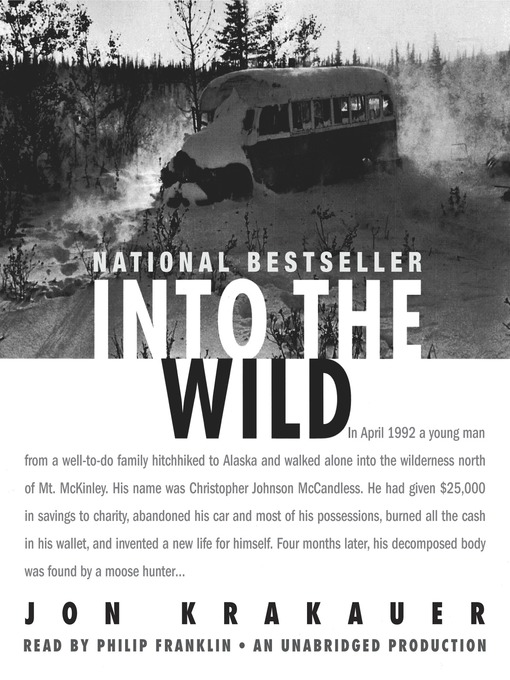 Sample
Into the Wild

NATIONAL BESTSELLER • In April 1992 a young man from a well-to-do family hitchhiked to Alaska and walked alone into the wilderness north of Mt. McKinley. Four months later, his decomposed body was...

NATIONAL BESTSELLER • In April 1992 a young man from a well-to-do family hitchhiked to Alaska and walked alone into the wilderness north of Mt. McKinley. Four months later, his decomposed body was...

Into the Wild
Jon Krakauer

Into the Wild
Jon Krakauer
A portion of your purchase goes to support your digital library.